Are You a Suspected "Enemy Belligerent?" 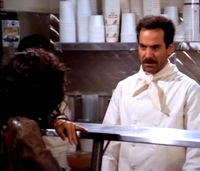 Under this bill you can be locked up without trial just for being "suspected" of being, not a combatant, but a "belligerent." One category of persons up for such treatment is defined as one providing material support for “Such other matters as the President considers appropriate.” Do you feel safer yet?

Too bad most all Republicans support this insane philosophy.

This is something that has been missed by the news media, has it got a name or number yet?

No number as of date I put it the article up, but the bill has been in the works for over a month. This is not the first time I have heard about it.

the non maverick maverick is at it again. Is this shrinking gubmint the maverick way?

One who grows gubmint like an inebriated sailor through increased spending and taxation(Big Gov't - "Compassionate Conservatism"(ala Michael Gerson)), amnesty or gubmint benefits incenting those to cross the Rio Grande illegally, and most importantly campaigning as a Reagan Conservative oft quoting the founders during the campaign season in hopes that voters will have political amnesia and will not do the heavy work of looking into/ remembering their sorry legislative track records.

McCain would almost qualify to be in the club of the current crop of arkansas candidates who are claiming the mantle of fiscal conservatism("there's nothing conservative about letting the wall street banks fail type of quotes" or Lake View Lake View the judges are coming the judges are coming) attempting to move in the voter's minds to the right while in the campaign season only.

Maybe he should be granted from the Grand Pu-bah of Arkansas "conservatism" himself an honorary degree or certificate of achievement qualifying him for a lifetime membership in the club.

Are we gonna run and hide on this one?

When is it time to draw the proverbial line in the gov't-provided sand?

Post one had it right. Too many Republicans support it, as do democrats when it is their guy who has the power. We have a problem with the population that railing against the government won't fix. The people need to understand liberty again, and desire it.

Maybe the people of Arizona will draw their own line in their own sand. McCain has a tough primary opponent in Hayworth.

Sam Adams, your question hits at the problem-- the government provided sand.

We lose the game before we ever begin, because we play with a set of rules designed to favor the insiders and party players.

Taking over party 'X' or getting out the vote is like a teaspoon of water being tossed in the ocean under this regime.