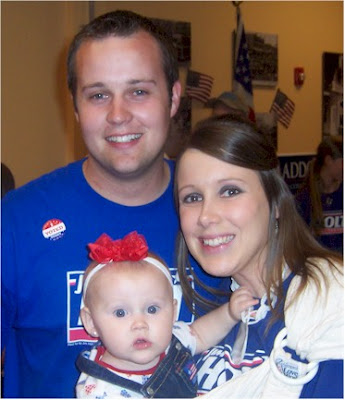 I met up with the Duggars on election night. Josh and Anna told me that the Washington County Registrar claimed to have no voting records for Anna. After some looking around, they gave her a contested ballot and put it in a separate location. No word if it has ever been counted. The odd thing is, they both voted in the 08 elections. Josh confirms that nothing has changed since that time. They live in the same address for example.

We joked that Blanche Lincoln got her vote when she voted twice, but the substance of the incident is not funny. Half the country knows where this young lady has been for the last two years. If her records can be lost, so can yours or mine.