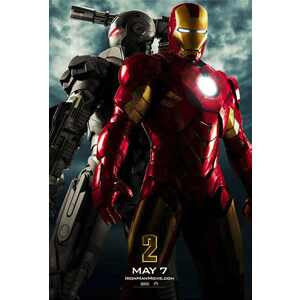 I saw Iron Man 2 recently, and I give it "two thumbs up" as a feel-good fantasy action adventure. Of course, you don't go to a movie like that for realism. Lot's of things in that movie were so unlikely that you had to "suspend disbelief" to enjoy the film. But sadly, the biggest disconnect with reality in the movie had little to do with the fantastical technology and a lot to do with the eroded condition of our freedoms.

In the film Tony Stark went before a Senate Committee. A Senator took the position that his Iron Man suit was a weapon. A weapon too dangerous to be entrusted to individual citizens like Stark. The Senator wanted him to turn over his Iron Man suit to the government. "You can't have it." Stark told him. "It's my personal property." The Senator was not arguing that Stark had used the suit improperly. Indeed, up to that point in the movie Stark had used it to advance the interests of the government anyway. The Senator was arguing that you could not have that much power out there unless it was in the hands of the government.

During the course of the movie, there was some fear that the government was going to roll up in tanks and try to take the suit from Stark. What happened instead was that one of Stark's friends, a military officer, stole a second Iron Man suit from Stark and took it to his general. In the movie, that tended to end the pressure from the government to take Stark's original suit. They seemed content to let him have his as long as they got one too. When their efforts to use the technology go spectacularly wrong, Stark's friend promises to return his suit to him. There no longer seems to be any concern about the government seeking control over the technology.

Consider the case of Washington County resident Hollis Wayne Fincher. He was retired from the Navy and had a good record of service. While working for them, he operated powerful weapons systems. In sixty years of living, he had no criminal record. A few years ago he made a machine gun and kept it within the state of Arkansas. It was not for sale. It was his personal property.

His purpose was to test the constitutionality of the federal government's restrictions on the ownership of machine guns. Since the federal government is allegedly bound by the 2nd amendment from making laws against the possession of firearms, the feds used their power to regulate interstate commerce as a backdoor justification for their restrictions on citizen ownership of firearms. Fincher thought that he could win a case on constitutional grounds that the law would not apply to a machine gun made and kept in Arkansas. He thought that where there was no interstate commerce involved, only the states could regulate firearms not the feds.

That's what he thought, but he wasn't Tony Stark and this was not a movie. This was real life with a government run by men who have long ago turned their backs on the views of the Founders. The Judge in the case, Hendren, would not even permit Fincher to present his constitutional defense to the jury. The jury heard no defense at all, and therefore could only vote to convict. Fincher is rotting in jail to this day. He was guilty, guilty of thinking that the words of the Constitution still matter to today's ruling class. The biggest, and saddest, fiction in that movie is that we are so free that the government would actually permit citizens to possess the means to resist them.

Listen I know your a political junky (takes one to know one) but trying to inject political realism into a comic book world is in itself a form of madness. Lots of luck with that.Move on! Thanks for all you do.

You are welcome, but I hope I conveyed my thoughts clearly. I was not complaining that the movie ought to be more politically realistic. I was not trying to inject any political realism into the movie. Did anyone else take that as my point?


PS- one can learn something from fantasy art if you don't let what can't happen get in the way of what a film is trying to say about what CAN happen.

The implication by Pepper Pott's comment about redundant safeguards preventing theft of an Iron Man "prosthetic" is that Stark intended to give his friend one at some point.