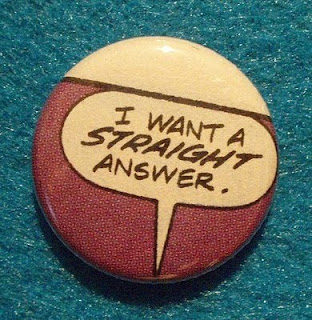 On November the 8th we will be asked to go to the polls and vote to give the Highway Commission authority to issue $575 million dollars of additional public debt.  I am very concerned at the lack of straight answers people have been getting, including reporters, from the people who are behind this debt plan.
We have Highway Department Spokesman Randy Ort in the Democrat-Gazette yesterday (Sept. 29th) telling reporter Sarah Wire “The current interstate highway system was built in the 1950s, not as the result of any current bonds.”
I guess someone ought to tell that to the Chairman of the State Highway Commission.  Madison Murphy is quoted in the Sept. 1st edition of the Stuttgart Daily Leader as saying ““The 1999 program modernized over 350 miles of Arkansas interstates,” Madison Murphy, the Arkansas Highway Commission and Move Arkansas Forward chairman, said. “That’s the good news. The other news is that Arkansas now has over 650 miles of interstates. “
Mr. Murphy seems to be under the impression that we have added interstate miles since that first bond issue in 1999.    At first read I thought he meant they had added hundreds of miles, but that can’t be right can it?   Still, despite Mr. Ort's statement about our current system being built in the 1950's, we have added plenty of miles to the Interstate system since then.  I distinctly remember I-540 from Ft. Smith to Rogers being built in the 1980s and maybe even the 1990s.   Anybody else out there remember it that way?
Wikkipedia seems to have it wrong too, if Mr. Ort has it right.  Here is their article about future I-555 which it says is currently under construction as U.S. Highway 63.  And that’s just one example.
But he goes on: “I’m a little confused by their argument,” Ort said. “We’re dealing with a system that was laid out at a national level so I’m not quite sure how we’ve overbuilt the system.”
Well, yes he does seem confused, and it’s confusing me listening to him.  Is he claiming that the federal government builds highways across states without the cooperation and co-funding of the states?  My understanding is that states normally have to pony up some matching funds to get the feds to build a highway.   They also build up smaller highways that “graduate” to become interstates once they get to certain specifications (as with Hwy 63/I-555).
Then there is the letter from Craig Douglass of Douglass Communications.  He has been hired by the same “Move Arkansas Forward” that, like the Highway Commission itself, is chaired by Madison Murphy.  His job is to sell the idea of approving the debt issue to the voters.    His letter to Washington County Tea Party Chairman Jeff Oland reads in part:
“No new Interstate highways will be built with this program.  It will only modernize approximately 300 miles of existing interstates.  It is, in fact, an accelerated maintenance and rehabilitation program designed to maximize the efficiency of modernizing Interstates sooner rather than later.  The program will only fix what we currently have.”

What Mr. Douglass is telling the Tea Party does not match what Arkansas County Judge Sonny Cox is telling people about the debt issue. Here is another excerpt from the Daily Leader: “ Arkansas County Judge Glenn “Sonny” Cox said, if the measure is approved, the state would eventually make the stretch a four-lane highway all the way through. He said county officials would then work on getting U.S. Hwy. 165 made into a four-lane highway. It’s a possibility that Stuttgart’s new overpass and bypass made into a reality.

Add to that the words of Arkansas Roads Council Official, John Bolin, who seems to indicate that the bond issue has not just a maintenance component, but a construction component as well….
“Bolin, who resigned as executive director on Wednesday to run for state Senate in District 26, said the bond issue would have two phases with construction starting within six years.”
So on the one hand Mr. Douglass is out there telling the Tea Party and the media that this debt will only “fix what we currently have” while at the same time other officials are telling voters that if they approve the debt they can get all kinds of new road additions.
Did two separate reporters that badly misquote three separate highway officials?   I am looking for coherent explanations that add up from our state highway officials and the representatives of Move Arkansas Forward before we hand them over half a billion dollars. I think the voters of this state are looking for some straight answers from these people.  So far, we haven’t gotten them.