How to Tell Who the Bad Guys Are

The Arkansas Senate today voted against (but they will try again) passing a resolution calling for Congress to pass a call to a convention to amend the U.S. Constitution. Giving all of the people in the current political establishment- people we are angry at because they are liars and thieves who are robbing our posterity blind- a chance to rewrite the U.S. Constitution is a terrible idea. Yet because a lot of people are scared, frustrated, desperate, and maybe still in denial about how bad even their representative is, some of them want to roll the dice and support this "solution".


The politicians are glad to feed their escapism and agree with them that what needs to change is not the politicians themselves, and not their voting habits (voting for candidates from the two D.C. controlled and globally funded political cartels which have helped bring our nation to ruin both fiscally and morally), but rather that the problem is the constitution. It needs to change while the people can go on voting for team red or team blue......

But what struck me the most on this important vote was that the people I came to think of as "the bad guys"- hard leftists and corporate republican sellouts, were the ones who voted correctly. They voted against it. The ones who I long thought of as the "good guys", sensible limited government types, voted for it. Yes, thanks to all of what we thought were the bad guys and no thanks to those few who we consider the good guys, this terrible idea was stopped for now.

These events remind me of something-  my thesis actually. I am not like those usual limp-wrists who try to say that "there are no bad guys, we are all good people here who need to understand one another".  No that is not it. The truth is that we are all bad guys, and even the best of us are sinners saved only by the finished work of Christ. Even our allies, even ourselves, can and do go terribly wrong and need watching. It isn't that there are no bad guys, its that we are all bad guys.
I had this conversation with a friend today, about the actions of "Senator X", someone who we have in the past regarded as one of the finest people in the legislature....


"Senator X took offense at my posting about it the other night, urging them and our other Senator friends to vote against it. I had to call them yesterday to try to repair the relationship, but they went on and on and on about how we were "attacking" them (by asking people to vote against it)? They took it all as a personal attack. They cannot be reasoned with at all on this issue and told me they had made up their mind no matter what I said. Then they said I had to just "trust their heart," that they was doing the right thing for the right reasons. Well, why don't they "trust our hearts," that we're opposing it for the right reasons?"

Indeed. But that would be a mistake too. None of us are beyond error and all of us should be ready to give an answer for our intended course of action. An answer which defends our choices on the basis of reason, fact, and logic, not an appeal to the purity and correctness of someone's heart. I prefer to trust God's word above a politician's demands to "trust their heart", and here is what God's word says about the human heart (Jeremiah 17:9)..."

"The heart is deceitful above all things, and desperately wicked: who can know it?"

Not sinful human beings in the midst of political battles, that's for sure. Our perspectives are limited even in the best of circumstances, especially on subjects like the wisdom and the purity of our own motives!

The bad guys are the good guys and the good guys are the bad guys on this one. We are all sinners, we just have different sins.
Politicians who forget this wind up like this Senator did- unable to distinguish between a policy disagreement and an attack on them personally. Once we get it in our head that our side,  "the good guys" are without sin, then we are on the road to perdition. At that point it is not about the truth anymore, it is about their own illusion of self-righteousness. They can't be "doing something wrong" because they are the "good guys" and by definition they can do no wrong because "good guys" don't do that.  Doing something wrong is taking them out of the "good guys" group. That is why these politicians have been taking things so personally.
It is time to reject these flawed ideas, before the bitter fruit of them poisons our public well any further. Our side is not the "good guys". Neither is the other side. Nor would a new side be. The best we can hope for is a side which realizes "we are all the bad guys, so we better watch each other and ourselves." 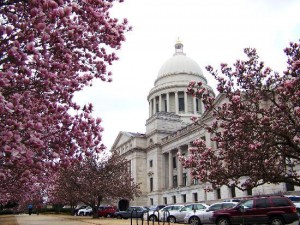 nice explication Mark. Politician have invaded the halls of congress because "We the people" are too lazy to do the heavy lifting.

But if we just put more rules on them, why that will turn those rascals into good guys! Utopia is just one more regulation away!